Keep a Cool Head – Thanks to Retrofitting

Climate change is causing an increasing number of heatwaves worldwide, with severe health and economic consequences. On these hot days, things are particularly difficult for manufacturing companies. Not only do the workers have to keep their cool in the production halls while temperatures rise, the heat can also result in machine tool failure.

Machine tools can continue to work with the required accuracy up to certain temperature limits. Excessive temperatures, above all fluctuations in temperature, can cause problems. The machine owners have to contend with an increasing amount of downtime and have to bear the resulting increases in costs. The costs can vary from one industry to another, and may place a heavy financial burden on the operators.

Our customer, a manufacturer of casting prototypes, operates 18 machine tools at their production site. The production hall is not air-conditioned and in hot summer months there were an average of ten days of machine downtime per year. The reason for this was the high ambient temperatures in the hall, created by the machines themselves and their cooling systems, as well as the summer heat.

The tool spindles, motors and coolant systems of the machine tools were mainly cooled by cooling units with an air-cooled condenser. During operation, these units dissipated enormous amounts of heat to the surrounding air. Attempts were made to rectify this situation with ventilation, resulting in high temperature fluctuations which further impaired the accuracy of the machines. The required manufacturing tolerances could no longer be complied with and the machines had to be switched off.

The manufacturer presented this problem to us and asked the HYDAC experts for help. The on-site analysis showed that the best solution for this temperature problem was to convert the machines to water-cooled cooling systems to increase the system availability in the long term and reduce the resulting costs.

The customer decided to convert 16 coolant systems to the HYDAC fluid cooling distributor WTRE and a further 6 machines to motor spindle cooling with HYDAC FWKS (fluid/water cooling systems). The required cold-water supply with corresponding piping in the production hall was organised by an external partner.

The HYDAC fluid cooling distributor WTRE, which is used to cool the coolant systems, consists of a plate heat exchanger with closed-loop electronic control and a ball valve for control of the amount of cold water. All of this is installed in a compact housing, which enables simple piping to the consumer and the cold water supply.

An external pump conveys the coolant through the plate heat exchanger. A sensor detects the temperature, and the electronic controller evaluates the data and controls the amount of cold water via the control ball valve so that the coolant temperature can be kept at a constant fixed value regardless of the ambient temperature. Even consumer power fluctuations with higher return temperatures to the cooler or fluctuations in the cold water temperature are no longer a problem, as they are balanced out by the closed-loop control.

Quote from a HYDAC expert:

“The WTRE system is a simple and clever solution. The original cooling unit, which is also integrated into the system electronically, is retained and the cooling unit’s pump conveys the coolant through the WTRE. While this does not save any space, it reduces costs and noise levels, along with the amount of heat dissipation in the hall.”

In six machines, the spindle cooling was converted to the HYDAC fluid/water cooling system. The FWKS constitutes an intermediate circuit in between the cold water supply and the consumer. The tank contains water glycol, which is pumped to the consumer (in this case the spindles), where it absorbs the heat. In the return flow to the cooling system, it flows through the plate heat exchanger, where it is recooled by the plant’s own cold water, before flowing to the tank.

The intermediate circuit of the FWKS system has two major advantages:

Quote from a HYDAC expert:

“The FWKS cooling system we use is a small-scale, compact system with incredible output. As a standard product, it facilitates fast and straightforward processing.”

Following the successful retrofit, the majority of the waste heat is dissipated via the cold water supply. Since the conversion to water cooling, the machines themselves run smoothly even on hot summer days.

The costs for up to ten days of downtime per year can now be saved, which means that the investment in the retrofit solution will pay for itself within 1.5 years. On top of this, there is a significant reduction in energy costs. Despite the additional cold water supply that they require, fluid cooling systems save much more energy than cooling units.

The climate in the production hall and the working conditions for the employees have been significantly improved. The fluid cooling systems do not dissipate any additional heat, and the heat in the hall is not increased. Furthermore, the noise level is lowered – instead of fans and air flow, the only thing making a noise is now the pump.

With our flexible system solutions, the customer is free to connect additional machines to the central cooling circuit later on. 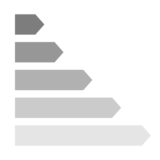 Installing fluid cooling systems instead of cooling units means energy savings of up to 30%. Furthermore, the waste heat can be used for other applications as needed. 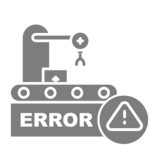 The heat-based downtime and the related costs are reduced. 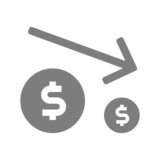 As heat-based downtime costs are reduced and waste heat can be put to use. 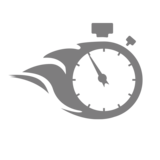 Reducing the downtime costs shortens the payback period of the investment. 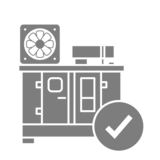 Thanks to the optimum cooling, the system has a longer service life.

Modular and customised expansions of the solutions are possible at any later date.